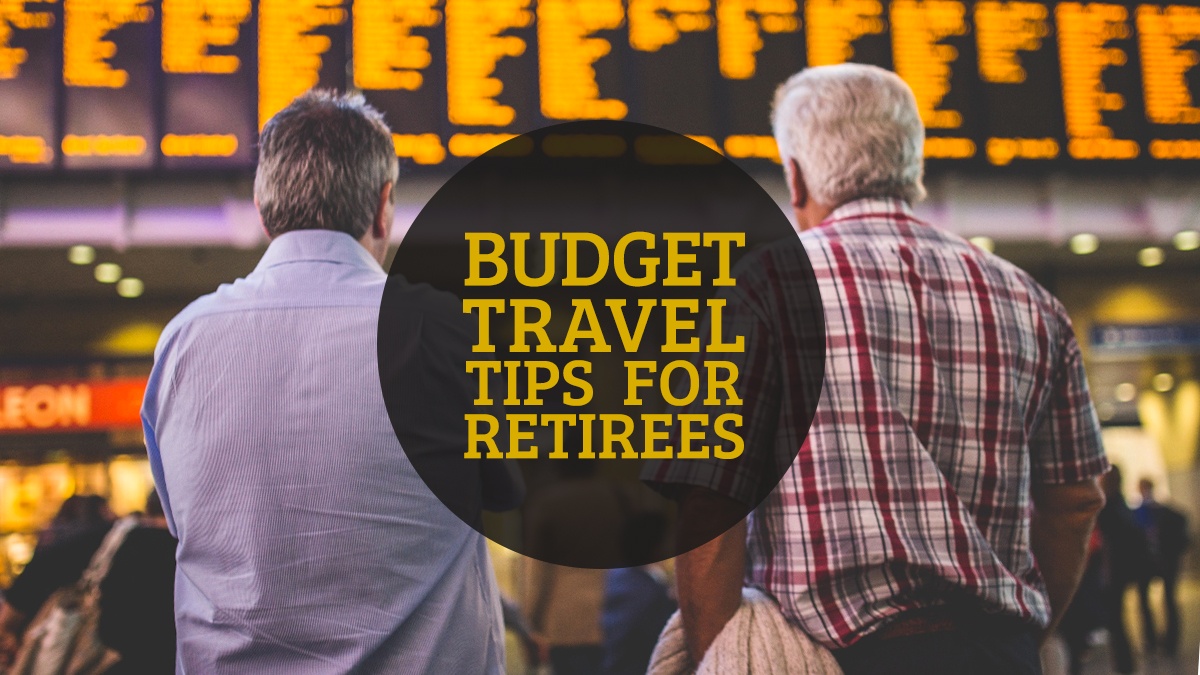 A majority of Americans say their dream is to travel when they retire. However, if you’re a retiree living on a fixed budget, travel can be costly and unattainable for some. But just because you’re living on a fixed income, it doesn?t mean that you have to forgo your dreams of seeing the world and completing your bucket list.

Below are cost-saving strategies to use on your next big trip:

Depending on what city you’re visiting, public transit can be an incredible way to get around quickly at a low price. If you’re not a fan of buses, you should at the very least consider using trains and subways to get around.

By using public transit, you can skip out on all the costs associated with a rental car (daily cost, gas, parking fees) and avoid spending your money on expensive Ubers or taxis.

Most people enjoy eating themselves to nice meals while they’re traveling, and we’re certainly not trying to dissuade you from having the lovely dinner that you’ve appropriately budgetedfor. However, eating out for all your meals can quickly rack up an exorbitant amount of food costs.

Visit grocery stores and corner markets to stock up on food to keep in your room. Prepare as many of your meals as possible, and you?ll save a boatload of money throughout your trip. By making sandwiches in your room, you?ll save yourself 10+ dollars on meals eaten at a local restaurant.

Sometimes it’s necessary to stick to a strict itinerary. However, retirement allows you the flexibility that most other travelers don?t have. Adjusting your travel plans by just a few can save you hundreds or even thousands of dollars on your hotels and flights.

One of the most significant benefits of retirement is that you don?t have to do things when everyone else has to. Most of the world plan traveling around winter and summer holidays, but in retirement does not restrict you with the same school or work schedules like everyone else.

By going a little early or late in the travel season, you can still enjoy the best weather while avoiding the worst crowds. For example, ?spring break? is the busiest week of the year at U.S. National Parks, so if you delay your travel by a week or two, you?ll save yourself money and headaches.

Get Off the Beaten Path

If you’re determined to visit traditional tourist locations, such as Paris or Disneyworld, be prepared to spend a large sum of cash. However, if you’re willing to visit places that are a little off the typical tourist path, you?ll get way more for your money.

If you get ahead of your travel plans, you’re more likely to find the best deals. Flight fares and hotel room rates become more expensive the closer the travel dates. Planning your travel on a budget is not the time to procrastinate.

Flying, especially if you’re flying internationally, can be the most expensive aspect of your travel. Some systems will now help you hunt down extremely cheap flight deals. If you have some flexibility in your travel plans, you can sometimes score amazingly cheap deals. Groupon, Google Flights, and Kayak are just a few resources that will help connect you to cheap flights.

Taking extended trips can save you money in a variety of ways. Consider linking multiple destinations into a single trip, rather than taking multiple trips, and you might save a ton of money on airfare.

If you’re willing to stay in one location for a while, whether it be an AirBnB or a hotel, you can sometimes strike substantial discounts. Plus, spending a prolonged period in one spot can make for a more relaxing vacation that allows you to get a feel for a city?s culture and people.

There are many perks associated with living as an expatriate abroad. Living abroad is a great way to experience new cultures and even learn languages late in life. By getting a residency in a nation that?s not the U.S., traveling can become a lifestyle, not just a vacation.

If you’re willing to move to areas of the world that are less developed, the cost of living is much lower, and your money can go farther than it ever would in the U.S. However, this option is not for the risk averse. If you’re only trying to save money on travel, there are other ways to do it.

More than anything, you need to adopt the mindset of a very broke college student. Above we?ve listed some tips and tricks to help you get thinking about how you can travel for less, however, more than anything it’s imperative to maintain a thrifty mindset throughout your trips.

Forgo unnecessary comforts where you can, try to avoid purchasing souvenirs, and don?t fall into expensive tourist traps. A penny saved is a penny earned, and practicing some self-control will keep you traveling on your retirement budget.